There’s one thing New Jersey knows, and it’s how to have fun. Far from living in the shadow of its Big Apple neighbor, with its big-name Broadway shows, the state has led the way in entertainment for years. Such has been in no small part due to one of the most permissive legislatures in the land who have been at the forefront of gaming on the seafront of Atlantic City.

From Revolution to Education

New Jersey lotteries have made a significant contribution to the local economy for many years, funding everything from American Revolution troops to Ivy League colleges such as Princeton. The state was the first to vote for a state lottery and the first to allow players to choose their own numbers, with the launch of Pick 3 in 1975. Perhaps more importantly, it was only the second state, after Nevada, to permit casinos, paving the way for the bright lights and big dreams of Atlantic City.

Revitalized by this crucial vote in 1976, Atlantic City quickly blossomed from a fading seaside town into a major resort. The first-ever casino was Resorts Casino, which grew from the once magnificent but now crumbling Chalfonte-Haddon Hall hotel. Such set the tone for the revitalization of the aging resort, with several other casinos breathing new life into tired hotels, including the Tropicana, which gave new purpose to the old Ambassador Hotel.

Within just a few years, Atlantic City grew from being yesterday’s news to the hottest holiday destination in America. No less than 16 casinos sprang up in the city by the sea, attracting investment from far and wide, such as a young Donald Trump, who plowed a reported $1 billion into the glamorous Trump Taj Mahal.

Many of these original casinos are still with us, including the pioneering Resorts Casino as well as Bally’s, the Borgata, Caesars, Harrah’s, the Golden Nugget and the previously mentioned Tropicana.

Unfortunately, just like a trip to the casino, Atlantic City has seen many ups and downs in its short history. Following its spectacular launch, the city enjoyed a great run of luck, attracting visitors from across the country and around the world. A playground for the rich and famous, the city not only hosted top-quality casinos but also hosted international sporting events like world title fights, featuring the legendary Mike Tyson.

Sadly, those days were not to last. As more and more states legalized casinos, rising to 20 of the 50, Atlantic City’s unique selling point faded fast. By 2010, the number of casinos had dropped to only 12, and by 2018, it was down to seven. Fortunately, the city appears to have taken a turn for the better in the last 12 months, with two new casinos, the Hard Rock Atlantic City (formerly the Trump Taj Mahal) and the Ocean Resort Casino (formerly the Revel) both opening their doors last summer, and the total number of establishments back to a healthy 10. 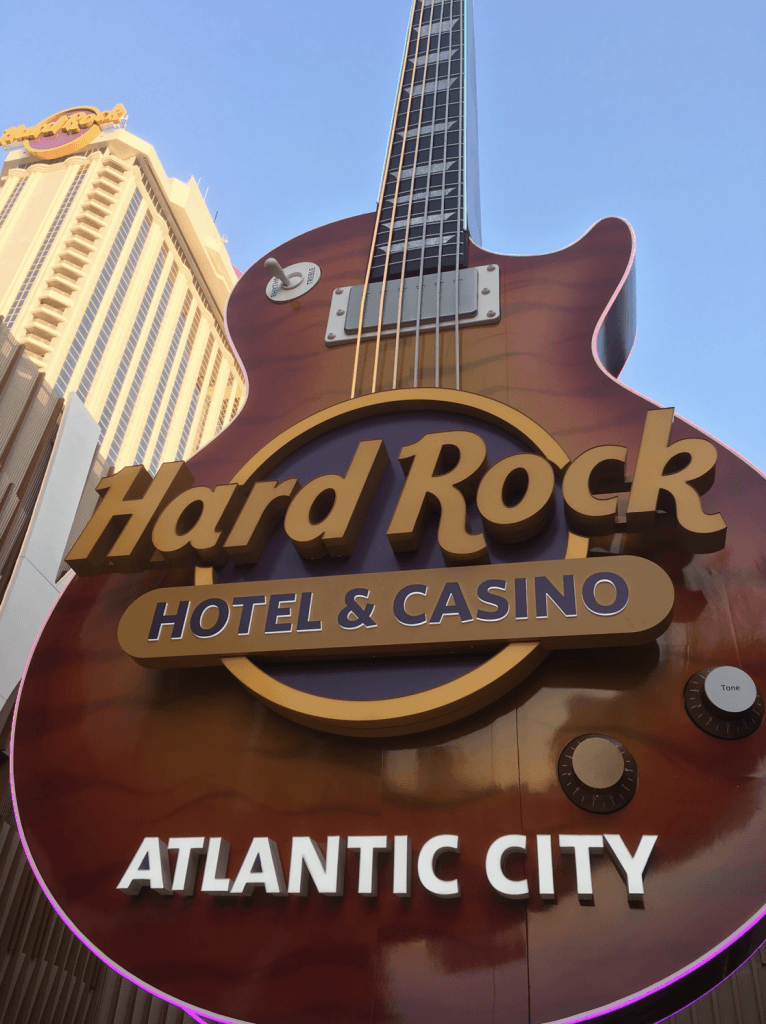 Of course, New Jersey has not only led the country with brick-and-mortar casinos, but it has been a pioneer online, too. There a dozen online casinos based in New Jersey, with the state being only the third to allow online gaming in 2013. In real New Jersey style, all 12 operators launched simultaneously in a spectacular event on November 21, 2013 and have since generated over $100 million in tax revenue for the state every year.

Far from challenging their physical counterparts, smart thinking on behalf of the legislators has helped to protect the physical casinos. License terms insist that every online casino must have servers located in a corresponding brick-and-mortar establishment.

The Future of Fun

For many players, it is not a case of choosing between online and physical casinos. In many ways, the two complement each other, as demonstrated by the launch of two new multimillion-dollar ventures in the city. New players often use online casinos to learn the games before their visit to a glitzy gambling hall while more established players will use them to hone their skills ahead of a high-rolling night.

Whichever style of gaming you prefer, from the keyboard to the boardwalk, from the virtual to the physical, New Jersey has always been and always will be the place to play.