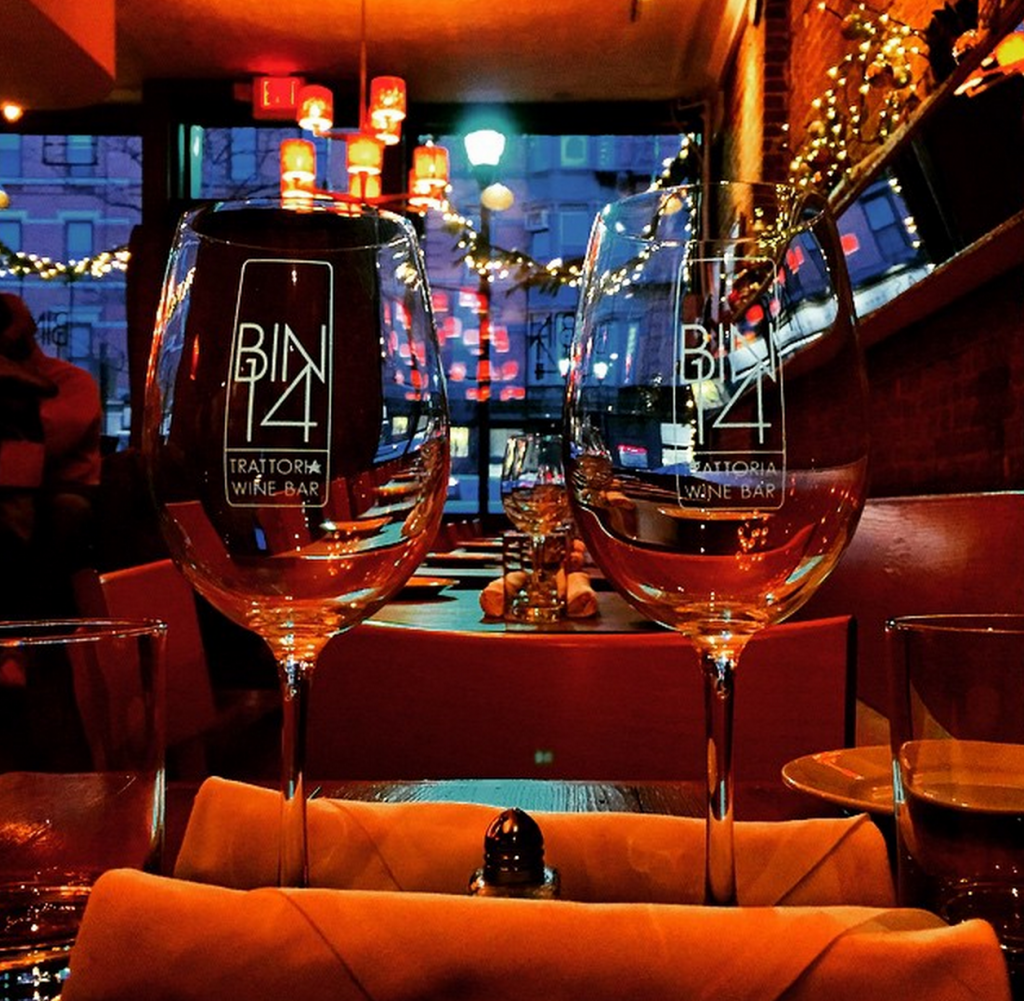 Back in November 2008, Chef Anthony Pino and his wife/business parter Liz Pino opened Bin 14, which became Hoboken’s first and only wine bar. Today, with its snug atmosphere and Italian tapas menu, is constantly raved about by many guests and wine lovers. The New York Times featured the restaurant on their 2018 Wine Spectator Award of Excellence. Bin 14 continues to be featured in “Best Wine List” votes.

This year, the Pino’s celebrate 30 years of marriage, along with 30 years of business in their hometown, Hoboken. This November marks the 10th Anniversary Bin 14 which definitely calls for a celebration!

The event is perfect for seasoned wine connoisseurs and newbies. Guests will experience a walking tasting tour of over 20 wineries throughout the restaurant and it’s backyard. Chef Pino will also be serving his favorite small plates from the new fall menu! There will be raffles taking place throughout the night and a portion of the proceeds will go toward Hudson County CASA.

Chef Anthony Pino is one of New Jersey’s best chefs. He is adored for his fresh and favorable style, blending Italian flavors with traditional American and French cuisine. The couple celebrate a total of 30 years of business due to Bin 14’s 10th anniversary, as well as the 20th anniversary of their flagship restaurant, Anthony David’s.

Anthony David’s began in 1998 as a gourmet catering place and expanded in 2002, becoming one of Hoboken’s favorite brunch, dinner and catered event spots. In 2013, Anthony David’s became an all-day trattoria.

The Pino’s take pride in their businesses and their hometown. Join them this year in a celebratory toast to the them, their businesses, and to Hoboken! Check out the event listing in our calendar!