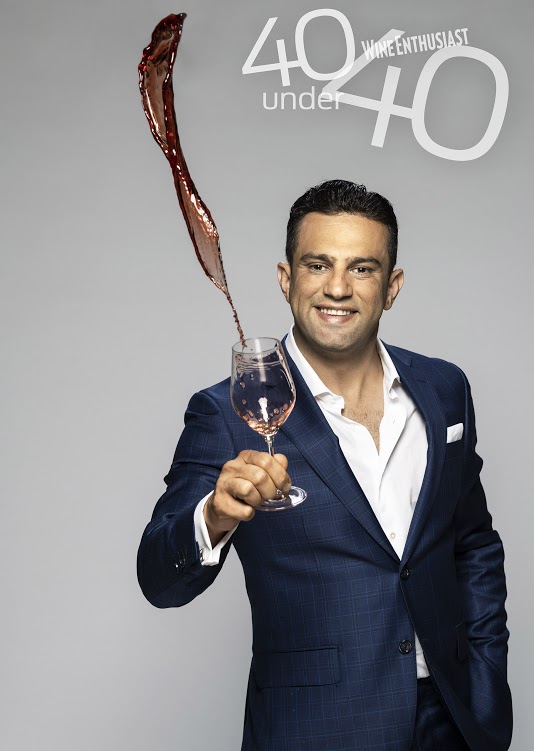 #HipNJ would like to shine some spotlight on Passaic County resident and Crystal Springs‘ own Robby Younes. He has been named one of Wine Enthusiast’s 2018 40 under 40 Tastemakers! Younes is the only tastemaker from New Jersey this year! The Wine Enthusiast 40 Under 40 list recognizes winemakers, beverage directors, brewers, grape growers, and others who are shaping todays’ beverage industry.  Those who make the list are known as innovators and risk takers, and Robby Younes is just that!

Educated in France, Robby spent several years working in boutique hotels. Then, in his twenties, he quickly became an executive. He joined Crystal Springs Resort as Food & Beverage Director of Grand Cascades Lodge in 2008. He and Gene Mulvihill, the owner, expanded the Wine Cellar, turning it into one of the largest collection of fine wines in the country. Younes changed the entire restaurant portfolio as Regional F&B Director and Wine Director and also opened the Chef’s Garden, a garden offering a seasonal dining experience. In addition, as V.P. of Hospitality, he oversaw the elevation of Grand Cascades Lodge to AAA 4 Diamond status and led the renovation of Minerals Resort & Spa. He also created the  annual New Jersey Wine & Food Festival, bringing some of the world’s best chefs to Crystal Springs including Daniel Boulud, Thomas Keller, Jose Andres, David Bouley, Francis Mallman, and more.

For over ten years, Robby has overseen the Crystal Springs wine program, starting as Director of Food & Beverage and becoming Wine Director and Vice President of Hospitality and Resort C.O.O. Though he has never stopped building the award-winning wine program. The program holds Wine Spectator’s highest honor, the Grand Award, and was recently inducted in the Wine Enthusiast‘s Restaurant Hall of Fame. Thanks to Robby, this wine program is the best of the best!