Who here loves a great Super Bowl and a great performance? We at Hip New Jersey do! From Luke Bryan singing the national anthem, the Patriots coming back with an unbelievable fight to victory and Lady Gaga’s performance our Sunday was filled with excitement!

To start off super bowl 51,  Luke Bryan sang a classic version of the National Anthem. Last night, was redemption from the 2012 MLB All-star performance where he was criticized for reading the lyrics off of his arm. But that didn’t stop him! He melted our hearts and many others by his performance.

Oh, say can he sing! #LukeBryan kicked off #SB51 with a powerful rendition of the National Anthem — watch at Usmagazine.com now! 🇺🇸 (Photo credit: Elsa/Getty Images)

A record breaking nine Super Bowl visits, the Patriots are no strangers to this almost national holiday. With a final score of 34-28 in overtime the Patriots took home their fifth Super Bowl win against the Falcons. This is one of the best comebacks in NFL history. In the third quarter the Falcons had a lead of 28-3, causing viewers to believe Atlanta was taking this win home last night. Although, many try to analyze the Patriots nail biting performance, this was nothing short of a miracle.

Tom Brady is being depicted as one of the best quarterbacks in the NFL. Being the first to have 5 winning Super Bowls under his belt. He was also named MVP.  Brady, tossed the ball to James White and fought his way and into the end zone for the winning touchdown.

Even though, the Giants or the Jets didn’t make it to the Super Bowl, Hip New Jersey has to admit that last night’s game will be portrayed as one of the best Super Bowls in history.

After the announcement that Lady Gaga was performing at Super Bowl 51 many were skeptical. We all know the political battles that have been taking place, and we all know that Lady Gaga is one who stands up for equality; We believed that she would take her 13 minutes and incorporate a strong statement of being ‘born this way’ to all of her ‘little monsters’ (fans).

In fact, she dove off of the top of the stadium and right into her incredible performance singing most of her top rated hits. Without indication of any political views. Lady Gaga kept her performance theatrical by not voicing any opinions.

Her Atelier Versace leotard covered in swarovski crystals and matching boots was the perfect futuristic look. Lady Gaga is known for her fashion statements and this one is believed by many to be inspired by the late David Bowie.

During her short performance Lady Gaga had a costume change! She was given 13 minutes and she changed outfits, I know to many of us, an outfit change could take a few hours! Gaga changed from a sparkly leotard into a white cropped shoulder pad jacket with silver boy shorts. If that wasn’t hot enough, Gaga added fishnet stockings to her already sexy ensemble. 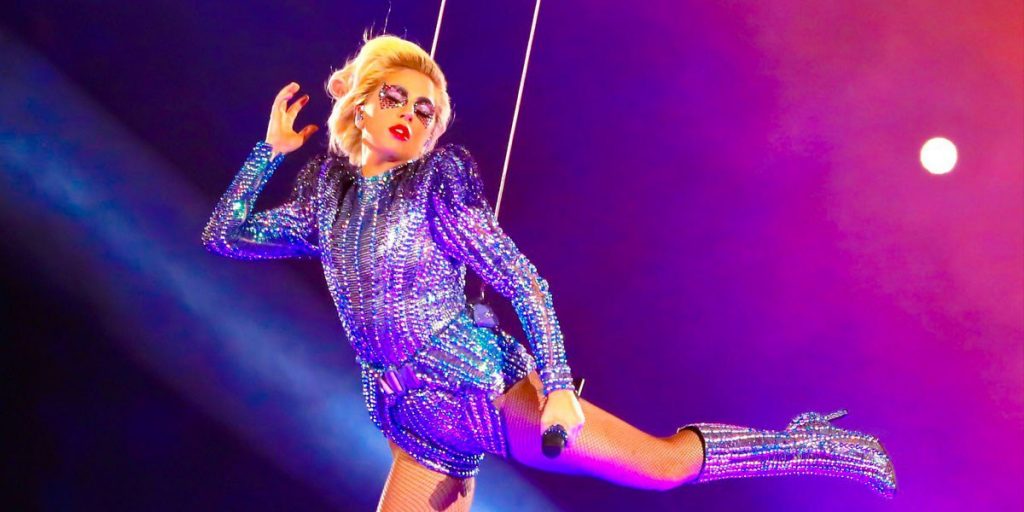 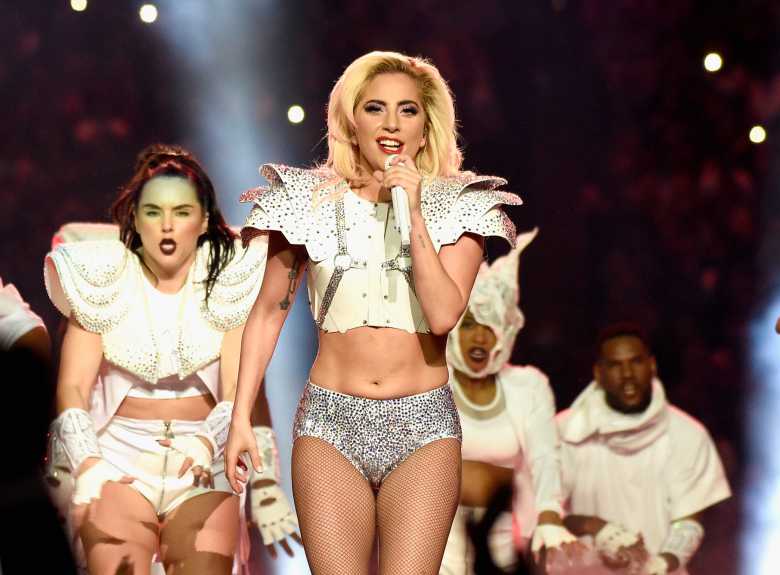